Last summer, I self-published my first book. I assumed, like all authors, that it was going to be a huge success, and I'm a sucker for batch-based price breaks, so I put in an order for what I thought was a tiny-bit-optimistic-but-still-totally-reasonable first pressing: 2000 copies.

A year later, my optimism has proved to be slightly more than tiny... but I've learned a few things from the 1700 books still lining my basement shelves.

I had never really marketed anything before, so I sort of believed in the Field of Dreams model: "If you build it, they will come."

I had built a book. Readers would come. I saw it in a documentary.

My sole marketing plan, then, was to announce it on social media. Now, I'm not dumb - I worked in the corporate world long enough to know about customer journeys and conversion funnels. But there are 350 million active users on Twitter. Even if a tiny, tiny percentage of them bought my book, my basement shelves would empty out.

I didn't have a ton of experience with social media before (I'm not what you'd call an early adopter), so I posted one of my first-ever Tweets and waited for the orders to roll in.

That tweet got 278 impressions. Granted, I only had about 11 followers at the time, so it's amazing it even did that well... but I learned pretty quickly that Twitter doesn't sell books. Instagram doesn't, either... at least not my books, with my platform, which was not at all where it should have been.

Which leads me to Lesson #2.

Lesson #2: Your Audience May Not Be Who You Think They Are

My book was pretty niche - it's aimed at teaching kids about perishable inventory management principles by showing what happens when dragon eggs are left on the grocer’s shelf too long - so I knew I wasn't going to be able to compete head-to-head with all those normie kidlit bedtimes stories featuring binge-eating caterpillars and anthropomorphized vehicles.

But why target individual parents when you could target a whole company full of them?

I had 2000 books, so I could spare a couple for marketing purposes. I sent free physical copies to decision-makers at different organizations. In each package, I enclosed a hand-signed, on-brand letter talking about what an original and thoughtful gift my book would make for their employees or clients - and letting them know that bulk pricing was available.

I sent more than 50 packages to grocery store headquarters, food safety associations, and egg farms, and guess how many resulted in sales?

I did get a couple of nice responses, though… several months later. My awesome direct-mail campaign, in which I employed costly signaling by sending actual physical books to actual physical addresses in an effort to trigger reciprocity as a persuasion technique, was executed during peak lockdown. I was, of course, sending packages to work addresses, but everyone was at home in front of a Zoom window. My books sat unopened until people slowly made their way back to the office.

One of those people was a former Operations Management professor of mine. I had sent him a copy to see if he’d leave a review on Amazon, which he did. He also raved about it on LinkedIn… and there, I discovered a demographic that I hadn’t considered before: Academics.

My instincts were right about the book having a niche audience; I was just wrong about which niche and where to find it. So far, the book has proven to be more popular with supply chain and operations management professorsthan with practitioners… and the most effective marketing came through word-of-mouth.

I worked for more than a decade in the corporate world, so I know about ROI. However, similar to my experiences with social media and target audience, the return I got on my books didn’t end up being nearly as cause-and-effecty as I had expected.

The calculation was pretty simple: If I sold a book for $12.99 and then subtracted $1.38 for the Gumroad commission, $2.00 in postage, and $3.06 for the printing, and then multiplied that by the number of books sold, I’d end up with… sadness.

But that’s not the way it worked. While I was marketing the books, the books were marketing me.

Even though I didn’t sell a ton of books, I gave a lot away. If you invite me over for dinner anytime between now and 2027, you’re going to get a bottle of wine and a book. If we have coffee, you’re going to get a book. I keep some in my work bag, I keep some in the car… I always have some with me. If I encounter you at all, you’ll probably get a book.

One of the books that I gave away found its way into the hands of a VP of Marketing who was working on a really cool project: a corporate comic book. The goal was to embed a businessy topic – the company’s guiding principles – in a fun, engaging, colorful story.

That’s exactly what my book does. He hired me to consult on the project, and that gig alone more than paid for the print run.

My ROI looked a lot better after that.

I still have a ton of books in the basement, and I just finished the second in the series. I did temper my expectations a bit on this one, and ordered far fewer copies, but I’m still optimistic. I’ve learned some lessons from the first go-round, and I’m by no means an expert, but I know more than I used to.

Moral of the story: If you ever find yourself facing a huge marketing task, here’s my advice. Try something, and if(/when) it doesn’t work, try something else.

Be open to change, be open to opportunity…

...and invest in sturdy basement shelving. 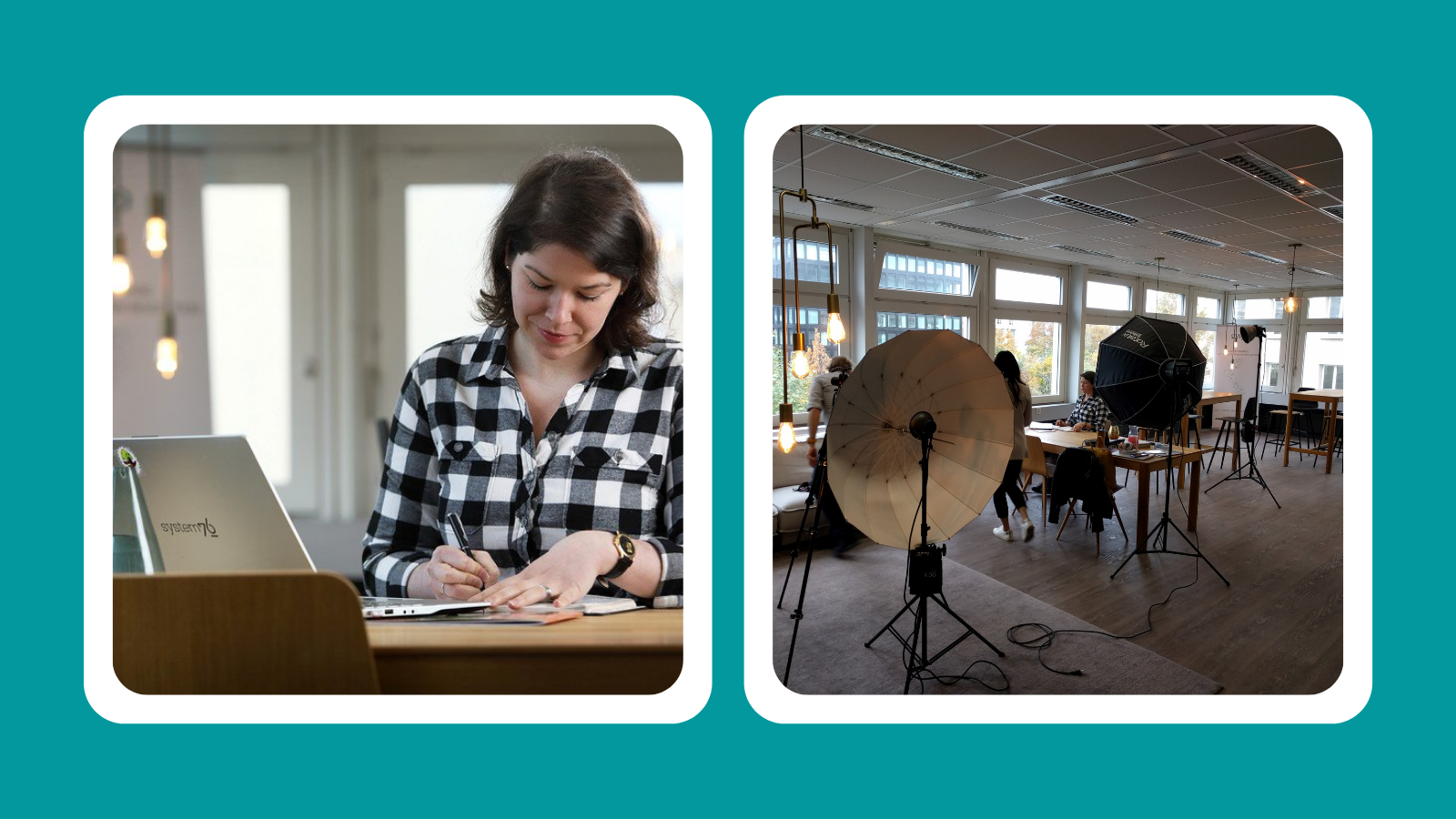 Behind the Scenes
Paid Members Public

Being a writer is glamorous